I was fortunate to live an early part of my life in New York City, where I was born but raised in Jackson Heights Queens. Many a play seen on Broadway are thanks to the Twofer Tkts outlet on Broadway. The show tickets have inflated to absurd levels in recent years. 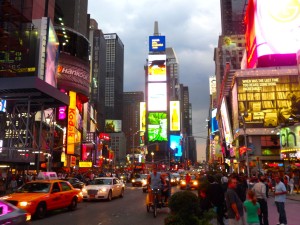 I can enjoy a serious drama and a full blown musical. For the prices in recent years I guess I went for the stage show with singing dancing and costumes versus the drama.

One of my very favorite plays is Death of a Salesman and I was fortunate to see Dustin Hoffman perform in it on Broadway.

Playwrights David Mamet and Neil Simon are favorites. I was lucky to see the preview of the mega blockbuster The Producers when it opened on Broadway. Truly unforgettable.

I know it’s not “cool” to enjoy musicals like Phantom of the Opera, Les Miserable or Sunset Boulevard, but I loved seeing all of them in several iterations and leads. Priceless memories. And the music is forever. Betty Buckley was amazing in Sunset as was the singing of Gary Morris in Les Miserable.

Broadway has given me the gift of many priceless memories.