In university I wrote and edited the college newsletter. Several decades ago I wrote my first novel entitled The Driftwood Slaughter. It was based on headline stories seemingly common at the time (at least to me) about fathers who kill their wife and children and then commit suicide. I couldn’t conceive of a more horrific inexplicable crime. My premise for the novel was simple: what if the family was found slaughtered and the husband-father had run off? 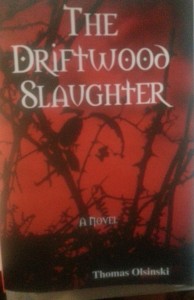 Parallel careers and raising a young family ensued. I wrote a newspaper column for a Long Island weekly called You and Your Health. It was mostly advice from a pharmacist on medicines and nutrition.  From there I continued my business career and also wrote a monthly column for a Hearst Publication entitled Mind Your Business, a title I inherited. I wrote over seventy columns. I only missed my deadline once, when my father passed. My greatest pride was when I entered a drugstore and the pharmacist would have a torn column (with my photo atop) hanging in a visible place in the RX department.

A few years ago I wrote the novel Death by RX, which again asked the “what if”

question, in this case what if a drug was discovered that offered immortality?

Over my life I have written commentaries and strategy, critiques and letters, mostly non – fiction. In 2008 I decided to focus on fiction and writing novels.

In October 2015 my new exciting novel When Killers Collide will

be published by Pegasus Books. I believe that readers will find this to be a thrilling read that explores many aspects of human behavior and shows not only how people kill, but demonstrates why they behave in such a way.

If you combined TV shows NCIS with Criminal Minds, you would get some idea of the rather unique story line that combines genres to create an original and exciting story.